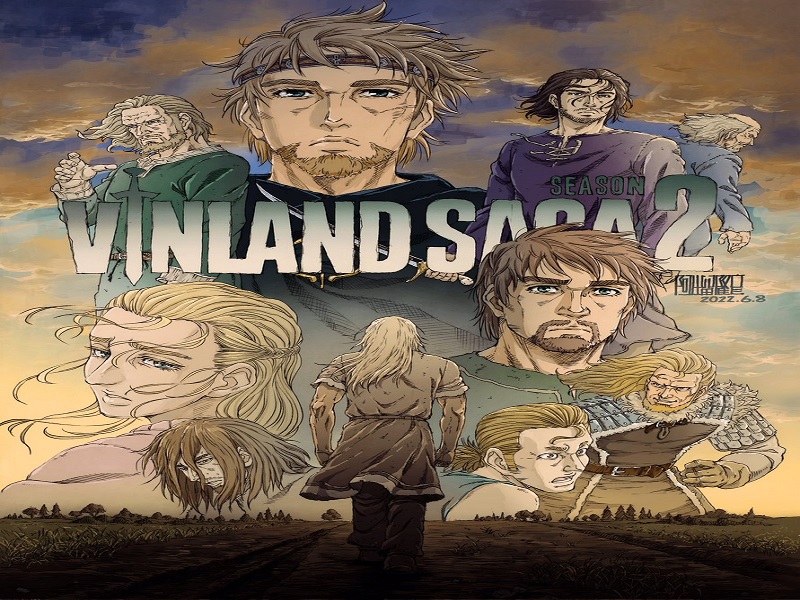 Vinland Saga is a Japanese historical drama anime based on the manga Vinrando Saga by Makoto Yukimura. Originally serialised in Weekly Shnen Magazine, the manga then moved to Monthly Afternoon beginning in April 2005.

Recent Released: What Is Jenny Slate Net Worth, Bio, Relationships And More

Studio MAPPA, who also produced the fantastic Attack on Titan and Jujutsu Kaisen, will take up animation duties beginning with Season 2. Season 1 was animated by WIT Studio.

On January 9, 2023, the second season of the epic anime series Vinland Saga will premiere, detailing key moments in Norse history.

The 2019 season premiere show has released a new teaser and updated its official website with crucial information about release platforms.

From what we can tell, both Netflix and the anime streaming site Crunchyroll will be the first outside of Asia to debut the second season of Vinland Saga.

The series will now “be streamed consecutively,” which means that each week, users will have access to the most recent episode.

Anonymouz’s “River,” the show’s new opening title tune, was featured in the teaser along with a few key plot details.

A second trailer for Vinland Saga suggests that Thorfinn will start season 2 as a slave on a Danish farm when his effort to exact revenge on Askeladd goes awry. Aside from it, the second main plot of the Vinland Saga involves the expansion of the realm under (what is now) King Canute the Great.

Crunchyroll, Prime Video, and now Netflix all carry the first season of Vinland Saga outside of Japan.

The second season of Vinland Saga will not be animated by Wit Studio, but rather by the same people responsible for Jujutsu Kaisen and the last season of Attack on Titan.

Many of the show’s original actors and crew are involved in this new phase, including director Shhei Yabuta and writer Hiroshi Seko.

The comic series on which the show is based is very popular thanks to its creator, Makoto Yukimura. Several anime awards were considered for the first season of the show.