Anyone who wants to create an “intelligent home” now has countless options and products. But if you don’t want to buy everything new, sooner or later, you will reach the limits of what is feasible. Until now, many devices cannot be integrated into the smart home – until now. Because SwitchBot could be the solution for many applications. I had the opportunity to test some components from the SwitchBot family, and I was excited.

Behind the name, SwitchBot, one probably assumes a small robot that can switch something. In the case of the SwitchBot bot, this is precisely the case. But the company’s portfolio includes a whole range of practical products designed to make life smarter. With the philosophy of ” upgrading instead of replacing,” the SwitchBot team has set itself the task of offering everyone the opportunity to make their existing belongings smarter, quickly, and efficiently. The manufacturer pays particular attention to the intuitive and straightforward installation and setup of the devices.

The bot is probably the most innovative and most impressive device in the manufacturer’s portfolio. Despite the small size of just 42.4mm x 36.5mm x 23.8mm, it makes almost any device intelligent with a button or switch. Installation is done in no time at all by simply sticking it on. Once the bot is attached, the desired switch can be actuated via the SwitchBot app via Bluetooth. It is accomplished by a small “arm” that takes over the pressing of the button. With a small add-on that can also be attached to toggle switches, the switches can be flipped in both directions by pressing or pulling, enabling both on and off with a single bot.

No smart home without a hub: This rule also applies to SwitchBot products. Even if individual components can only be operated via Bluetooth with a smartphone or tablet, a central control unit is required to network the individual members and create an intelligent “ecosystem.” it is made possible with the SwitchBot Hub Mini. The small, inconspicuous box ensures communication between the devices and access when on the go and enables scenarios and notifications to be created. With the help of the hub, the usual language assistants from Google, Amazon, and Apple can also be integrated into the system.

A unique feature is learning signals from existing remote controls and thus enabling the switching and integration of infrared devices.

The manufacturer also has solutions ready for the indoor climate aspect. For example, the SwitchBot Meter. It is a measuring device for temperature and humidity. The meter has a display to show the current values, and these can also be displayed and evaluated on smartphones.

A classic in the intelligent home game should not be missing here either. Whether as a reminder to open windows and doors or improve your home’s security, contact sensors are always part of it. Here SwitchBot relies on the classic two-component technology. But there is also a unique feature here because, with the help of a built-in motion sensor, the device recognizes whether you are entering or leaving the house. It allows specific scenarios to be implemented.

Suitability For Everyday Use

Since I’ve been dealing with the Smart Home topic for several years, it wasn’t easy to find a suitable location for the system. However, that was not due to the product, but much more because almost everything in my home is already intelligent. In the end, I decided on two test setups, which actually would not have been possible without the SwitchBot components.

If you still have a good old filter coffee machine like me, you know the problem of preparing coffee in the morning. It usually occurs to you too late that the coffee still has to be made, and when it has finally run through, there is no time to enjoy it. You might think a programmable socket or a timer should solve the problem, but it doesn’t. My coffee machine, for example, only starts to work when you press the button. It is precisely where the SwitchBot bot comes into play. I just taped it to the machine, set the schedule to 7 a.m., and done. The bot now reliably presses the button in the morning, and the coffee is ready when you come out of the bathroom. Just don’t forget to fill the machine the night before.

Since my office is on the lower floor of a basement apartment, a room dehumidifier is occasionally in operation necessary. So far, I have switched this on and off with the help of a programmed socket. In this way, however, only a simple schedule could be implemented, regardless of the actual humidity. Using the SwitchBot Meter combined with the hub and the bot, this problem was also solved quickly and easily. Glued the bot to the machine as usual and created two small scenes. In detail, if the meter measures a humidity level of more than 60%, the hub sends a command to the bot to switch – the fan turns on. A new switching command is sent once the room climate has returned to normal and the dehumidifier switches off. Everything worked perfectly here too.

Originally I had a third test on my list, but unfortunately, this could not be realized. The plan was to switch the cellar light on when opening and closing the door. However, due to the nature of the light switch, it was not possible to attach the bot easily.

As already mentioned in the introduction, I was pretty enthusiastic about the SwitchBot sensors and actuators in the test. Both the functionality and the high-quality artistry convinced me. Due to the straightforward installation and compact design of the devices, there are countless possible applications.

If you also have devices that are not capable of learning but do not want to replace them, you will undoubtedly find a solution in the SwitchBot Store and Amazon. In addition, you can find some inspiring posts on the subject in the Facebook group SwitchBot for German speakers. 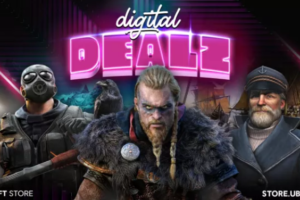 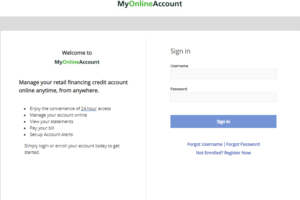 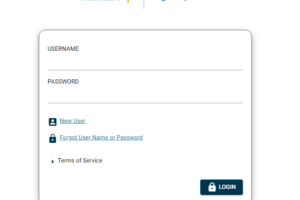