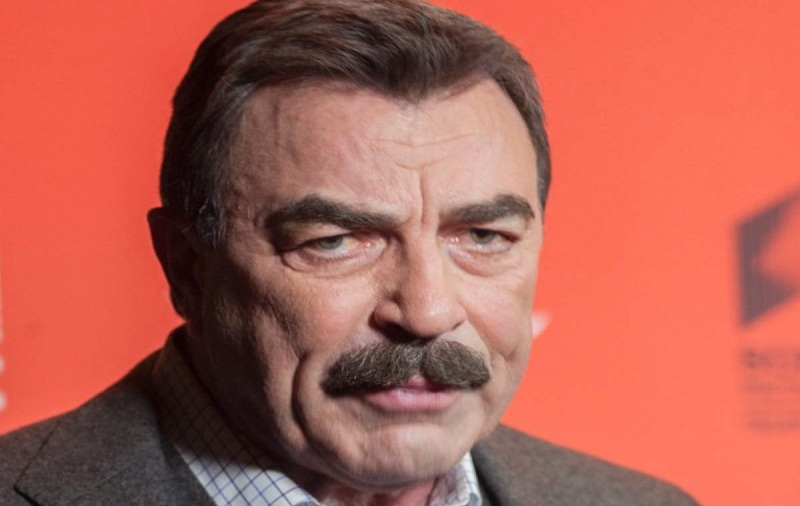 ‘Moustache’ and ‘Manliness’ are the two perfect words that come to our mind, when we think of Tom Selleck. Tom Selleck is one of the popular American actors, who is also a film producer. He was the heartthrob for many during the 1980s. Tom Selleck has gone through controversies throughout his career just like any other top star. But, questions around his sexual orientation remain the top most controversy. “Is Tom Selleck Gay?” is one of the most searched questions in Google about the star.

Tom Selleck gained huge popularity among the masses through the TV Show the television series Magnum P.I, in which he played the role of a private investigator named Thomas Magnum. The show was telecasted during the 80s. He also played a brief role in the popular comedy series Friends, as Richard, alongside Courtney Cox, who played the role of Monica.

In this show, Tom Selleck played the role of Richard, an older guy falling for Monica, played by Courtney Cox. His role Richard became so popular among Friends fans. His scenes with Courtney Cox are also still admired by Richard-Monica shippers.

Apart from these, Tom Selleck has done several films such as The Sacketts, Daughters of Satan, The Seven Minutes, The Shadow Riders, Quigley Down Under, Last Stand at Saber River, Concrete Cowboys, etc.

Tom Selleck first appeared on television in the role of a college senior on The Dating Game. This happened in 1965 and again in 1967, two years later. He has also done ads for popular products like Pepsi-Cola. Tom Selleck gained wide fame by playing the role named Thomas Magnum in Magnum P.I. TV show. During that period, the producers of the film did not allow Selleck to sign other projects. So, Selleck had to give up the role of Indiana Jones in Raiders of Lost Ark. This role eventually passed over to actor Harrison Ford.

The lead role of Mitch Buchannon in Baywatch was offered to Tom Selleck. The actor had to turn it down as being known as a sex symbol was not on his preferred list. We all know David Hasselhoff later did the role.

Tom Selleck sued The Globe after it published the actor was gay. The Globe is a popular tabloid, which has over 1.2 million circulation numbers. This tabloid published pictures of posters for an article that was titled Gay Stars stop traffic. Tom sued the Tabloid for invasion of privacy. He submitted a 16-page complaint which claimed that the article was intended to disrespect him and injure his reputation, business, profession, etc.

Apart from 20 million dollars, Tom Selleck also sought damages for embarrassment, humiliation, shame, damage to his peace of mind, and for hurting his feelings. Through this incident, he put a full stop to all the rumors that claimed he was gay.

Tom Selleck was settled with an undisclosed amount by August 1991 by The Globe. The Tabloid also agreed to publish an apology, which declared that Tom Selleck was never a homosexual. In one of his interviews in 1997, Tom Selleck said, “Look, it’s not anti-gay to say you are not gay.” Through this statement, he also clarified that he has no hatred towards homosexuals. He just meant he was not gay.

Coming to Tom Selleck’s personal life, he is a heterosexual person. He was married twice. Jacqueline Ray, a model, was his first wife. He later married Jillie Mack. He has a daughter named Hannah with Jillie. In another interview, Tom Selleck said he cannot understand where the rumors about him come from. He said people who are gay want him to be gay, which is fine with him, but he wanted to clarify to the people that he is not gay.

Tom Selleck also clarified that he has raised a son from his first marriage, and he feels proud of his sexual orientation just like how gay people are proud of theirs. He also added that he cannot witness a man during his lifetime who can deny what is so truthfully is his choice. Tom’s choice is that he is purely heterosexual.

Magnum P.I is a Hawaii-based show which ran up to eight seasons from 1980 to 1988. Apart from Cinema, Tom Selleck is also a beach volleyball player. In 2015, he was stuck in a water controversy. He is a great ice hockey fan and was seen at Staples Center when he attended Los Angeles Kings games.

Having explained in detail Tom Selleck’s previous interviews and his intentions, it is clear that the actor is not gay. Numerous baseless rumors are surrounding the actor’s sexual orientation. But, the actor is not gay, which he has told multiple times during different occasions.

Has Tom Selleck acted as Gay in films?

Yes. Tom Selleck has acted as Gay in the film In & Out that was released in 1997.

There is no proof that Tom Selleck is Gay. He has denied such claims.

Who is Jillie Mack? Age, Career, Husband, and More
What Is The Net Worth Of Mike Lindell?
Comment