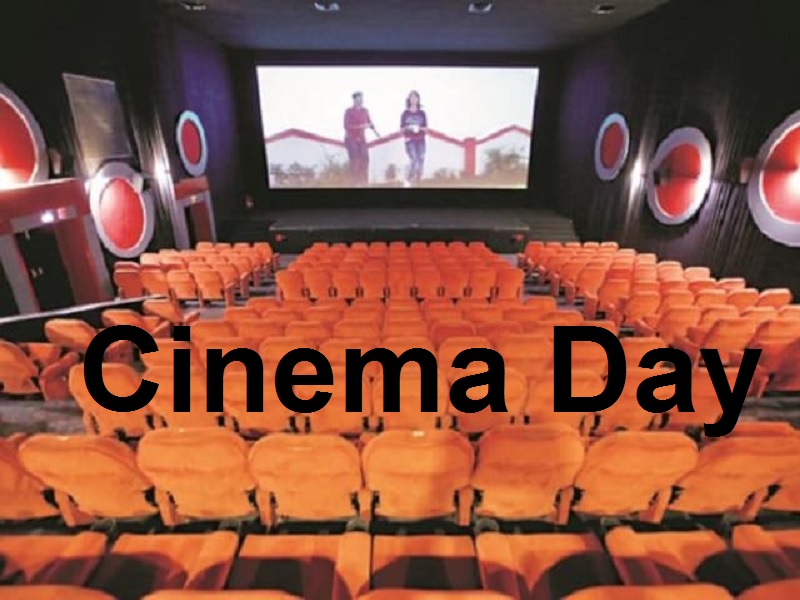 Cinema day is on 16th September 2022, on this day people celebrate the rising of Cinema. On this day the ticket price on every movie that is still on cinema list available reduce the ticket cost to 75 INR.  If you haven’t watch the movie Brahamstra or other movie who ticket is not affordable then you can book on Cinema Day.

On September 16, India will commemorate National Cinema Day. The event, which would take place on 4,000 screens across the country, was announced by the Multiplex Association of India (MAI). All tickets at participating theatres will be priced at Rs 75.

A day of events is being planned to show appreciation to moviegoers.

Many businesses have signed up to take part in the festivities, including PVR, INOX, Cinepolis, Carnival, Miraj, Citypride, Asia, Mukta A2, Movie Time, Wave, M2K, and Delite.

The news broke on September 4, a day after Americans celebrated National Cinema Day. Each ticket cost the standard $3. On a normal day, you can expect to pay roughly $7.

On September 16, in honour of “National Cinema Day,” theatres across India will sell tickets to movies at for Rs 75, as announced by MIA on Twitter.

The September 9 release of Brahmastra, starring Ranbir Kapoor and Alia Bhatt, may benefit from the parties. The movie is being shown in theatres for for Rs 75.

However, websites can still impose taxes and convenience fees. The Rs 75 per ticket price does not include taxes or other fees.